Next Day (or sometimes sooner!) Delivery & Same Day Curbside Pickup Available! Thanks for Shopping Small with us!

If you don't see what you are looking for, or you would like assistance with your selections, you can submit a request or call/email the shop!

$40 minimum for DC delivery; choose "ship to my address" at checkout & you will be given a option for Local Delivery!

Must be 21 years of age to shop or purchase.  Orders placed on Saturdays may be delivered on Mondays.

We offer shipping to all 50 states.  Some states will require us to use a third party in which case additional fees and shipping times may apply.  A store representative will contact you in these cases.  Please note we are unable to ship large format bottles. 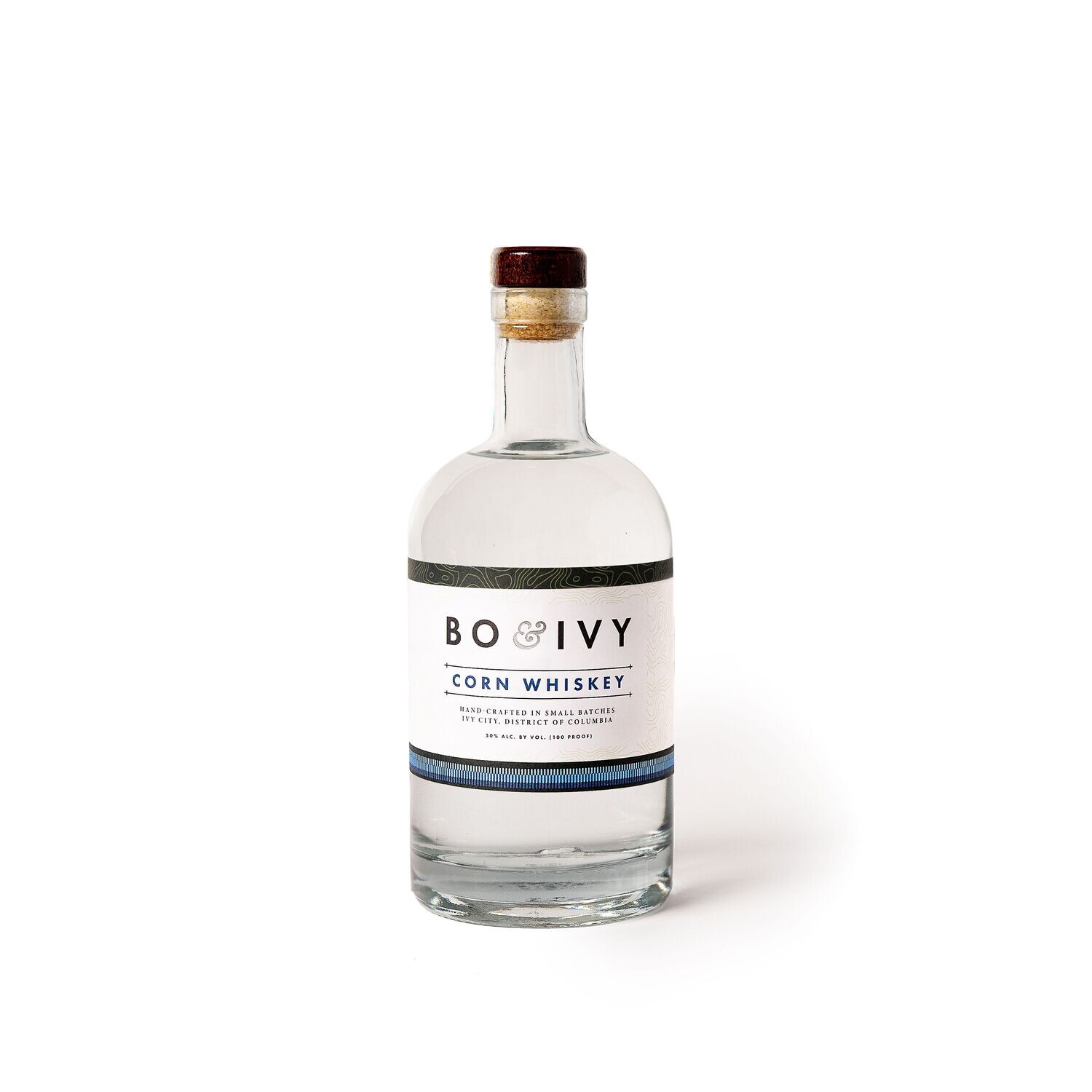 Bo & Ivy sound like a couple we want to get to know, but the moniker is actually derived from the location of the distillery. The plant is located on West Virginia Ave, NE—originally the B&O Railroad Line into the District—in the Ivy City neighborhood.

The craft distillery was founded to create a place connected to the local community and interested in its affairs; a place to bring people together in the best tradition of American taverns and whiskey; a place where real, tangible things of high quality are made and enjoyed. It is woman operated, and is independently owned by disabled veterans who are dedicated to bringing their spirit of camaraderie to the industry and service to the local community.

Fresh from the still at Bo & Ivy Distillers in Ivy City, Washington, D.C., Bo & Ivy Corn Whiskey is derived from a mash of 80 corn/15 rye/5 barley, and bottled unaged. The young whiskey commonly known as “White Dog” or “Moonshine” played a prominent role in the history of American whiskey, and in the childhood of Bo & Ivy Founder, Julia Fletcher, a native West Virginian. Her family friends regularly brought mason jars filled with their homemade distillate (along with their guitars) to parties on the farm.

Bo & Ivy Corn Whiskey is rich and smooth like a corn eau de vie. The” hearts only” cut showcases the flavors of the Leedstown Farms’ Virginia-grown grains. Tasting notes are corn on the nose with a palate of sweet pancake syrup, a hint of spice and barley midway and a delicate apple finish. At 100 proof it is delightful to sip.

The spirit can stand alone, but is also a surprising and happy substitute for vodka or tequila-based cocktails - especially with citrus or other acidic modifiers. Julia recommends it neat with some peach slices or in a whiskey sour.

Save this product for later
Display prices in: USD